©Travel Photo Interact – Place your cursor over any photo to enhance it. 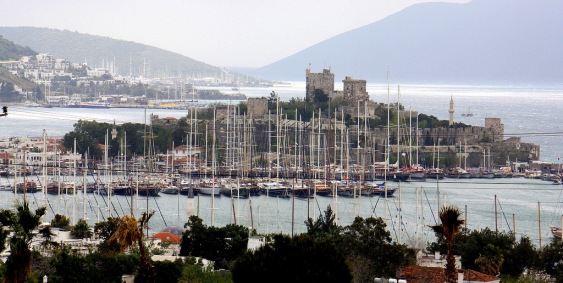 Bodrum is an ancient port city in southern Turkey along the coast of the azure Aegean Sea. We had the pleasure of touring this interesting old city, which includes a medieval castle and an underwater museum. They are just two of the many attractions we found to tell you about. But first, a captivating history.

In pre-Christian times, what is now Bodrum was a busy Persian Empire settlement called Halicarnassus. After a lengthy struggle, the city was conquered by the famous Alexander the Great in 334 BC. However, Halicarnassus has a 4,000 year history of conquest, and Alexander was not the first, nor the last to lay claim to the region.

Some 17 centuries after Alexander, the Knights of Saint John – returning from one of the Crusades – chose a rocky peninsula in Halicarnassus harbor to build a castle dedicated to St. Peter. Construction on the Castle of St. Peter started in 1404 and the work was ongoing into the early 16th century. 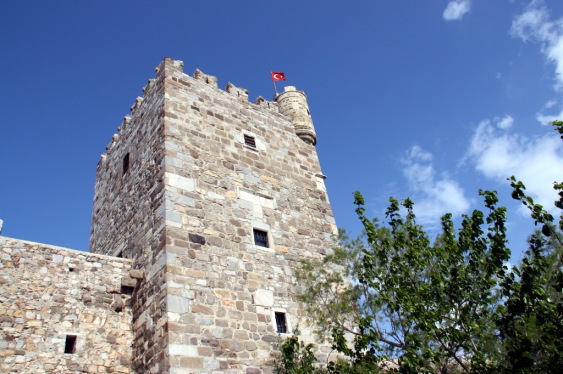 The chapel was the first structure completed in 1406. It was followed by four towers, each named after the country of the Christian knights responsible for the construction, i.e., England, France, Germany and Italy. 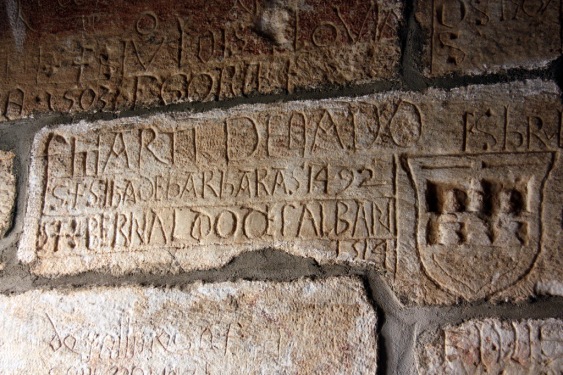 Today the towers contain amazing sculptured carvings and relics from the sponsor countries. 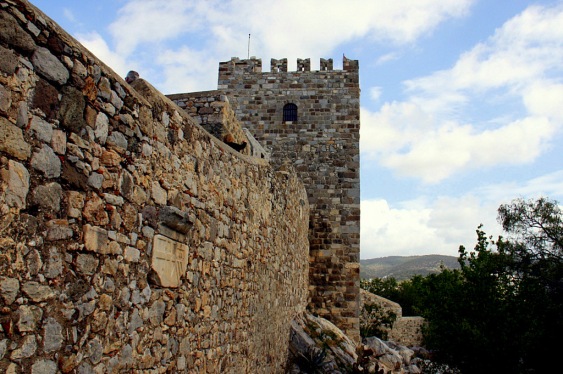 The walls and interior of this majestic castle and grounds are remarkably well-preserved and maintained. 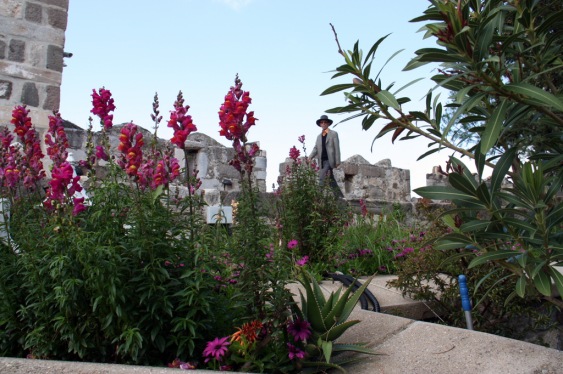 In the year 1523, and just as the Knights were completing their fortification, the Muslim leader of the Ottoman Empire, Suleiman the Magnificent conquered the entire area including the castle. One of his first dictates was to convert the castle’s chapel into a mosque, which it remains today. 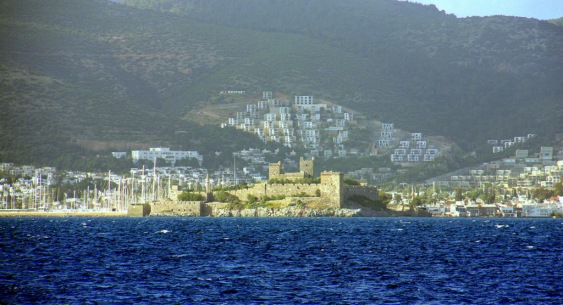 Since 1523, the castle has been a fortification, a prison, and a warehouse. In the early 1960s the Turkish Ministry of Culture turned the castle into an impressive history museum, and made it the home of the famous Bodrum Museum of Underwater Archaeology. The largest such exhibit of its kind in the world. 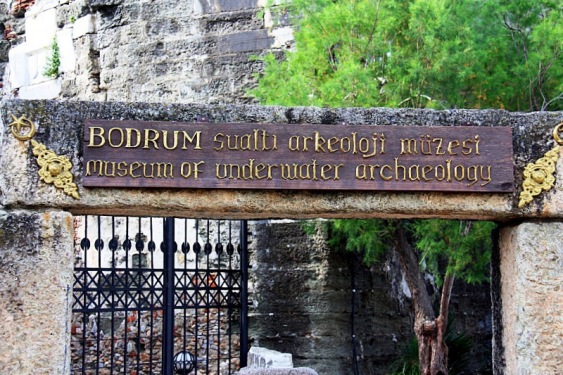 A vision begets a museum

The oceans of the world are ancient beyond memory or record. Man has claimed dominion of the seas, yet the seas are endless and forever, and man is temporal. Throughout history, man has challenged the unrelenting seas in a contest that has extracted a toll of untold thousands of lives and ships — some laden with cargoes and immense riches — all resting on the sea-floor and lost for millennia.

The museum planners realized that there were hundreds, if not thousands of ancient shipwrecks in the waters surrounding Bodrum. Many of these vessels were carrying fortunes, and a castle fortification would be the ideal place to display them. In 1964 the lower area of the Bodrum Castle was dedicated to the display of underwater artifacts excavated from shipwrecks found in the Aegean Sea.

Note: No part of the museum is underwater, a frequent misconception because of the name. 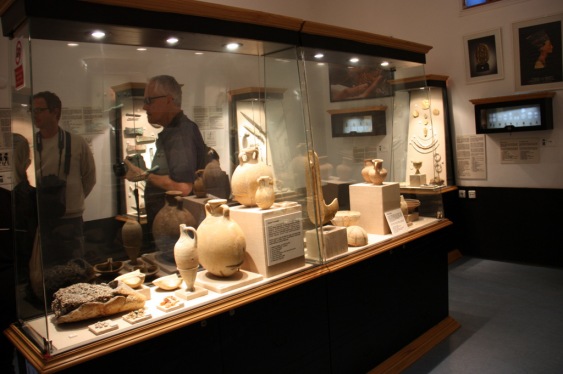 After lying in the dark waters for thousands of years, the fascinating Bodrum Museum of Underwater Archaeology brings to light the mysteries so long hidden in the deep.

The museum boasts 14 exhibit rooms of recovered relics of precious gems, jewelry, bronze, clay, iron and copper. One of the gold scarabs on display is inscribed with the name ‘Neferititi,’ the queen of Egypt. The only such artifact in existence. 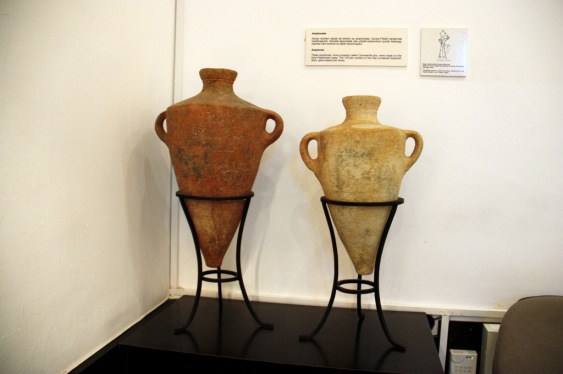 The museum also houses the world’s largest amphora collection, including 200 undamaged amphoras from the 5th century BC. An amphora is a container usually made of ceramic or clay and used to store wet or dry substances like grain or wine. Some amphoras date back to 10,000 years BC. Amphoras are particularly important to marine archaeologists because their unique designs help date the age of a shipwreck and the ship’s origin. 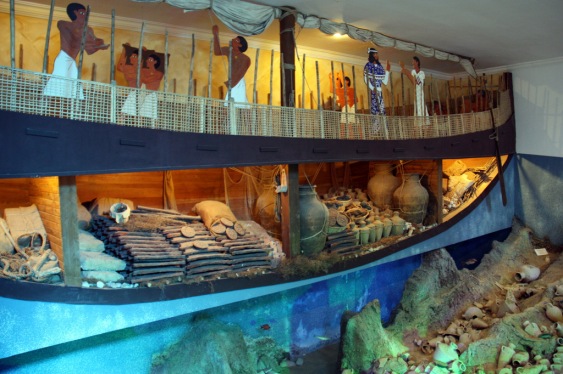 There are painstakingly reconstructed shipwrecks in the museum. 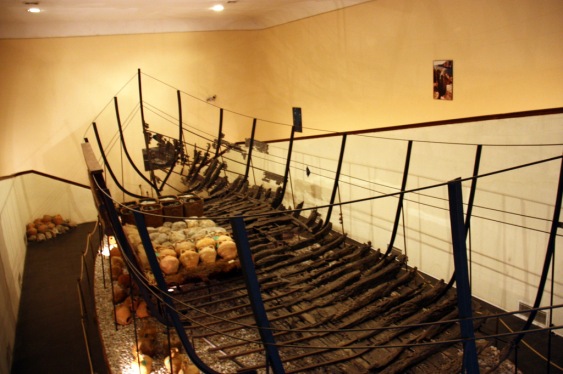 The ship named Uluburun dates back 3,500 years and is the world’s oldest surviving shipwreck.

Adventurers and treasure seekers, armed with ever-advancing technology continue to discover the secrets of the deep, but discoveries are gradual – the oceans still give up their own, reluctantly.

It is an interesting fact that most ancient wrecks occurred close to shore and in bad weather, and 95% of valuable relics have been discovered by sponge divers. 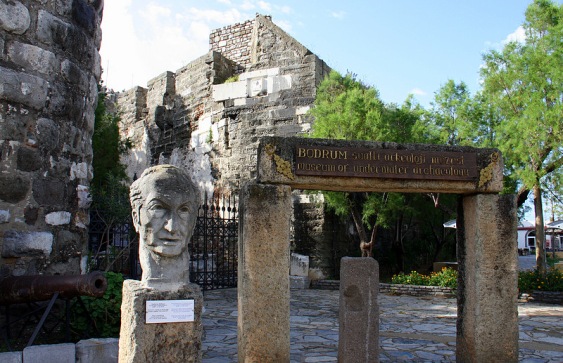 Check with your travel agent. Several of our tourist resources are now reporting unofficially that Bodrum Castle, and the Underwater Museum are closed to the public for an undetermined time and reason. Although Turkey was one of the sponsors of our trip, we have not been able to obtain an official statement. Whatever the situation, we hope it is temporary. The first class museums in Bodrum are not only interesting, but important to our understanding of the ancient world.