As we travel, we check off places that are on our Bucket List. Being film buffs, many of the things on our list are related to movies we have seen over the years. 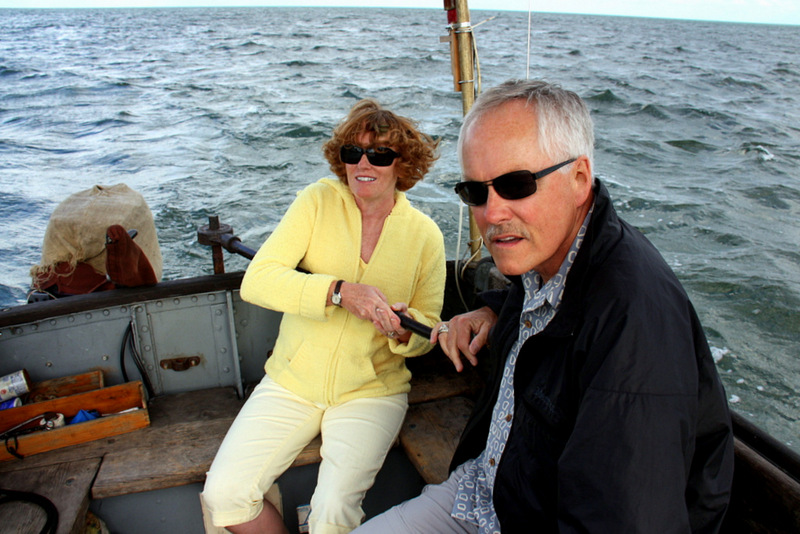 We recently checked off another “to do” from our list by skippering the authentic “African Queen,” the boat made famous by Humphrey Bogart and Katherine Hepburn in the 1951 Academy Award Winning film of the same name. 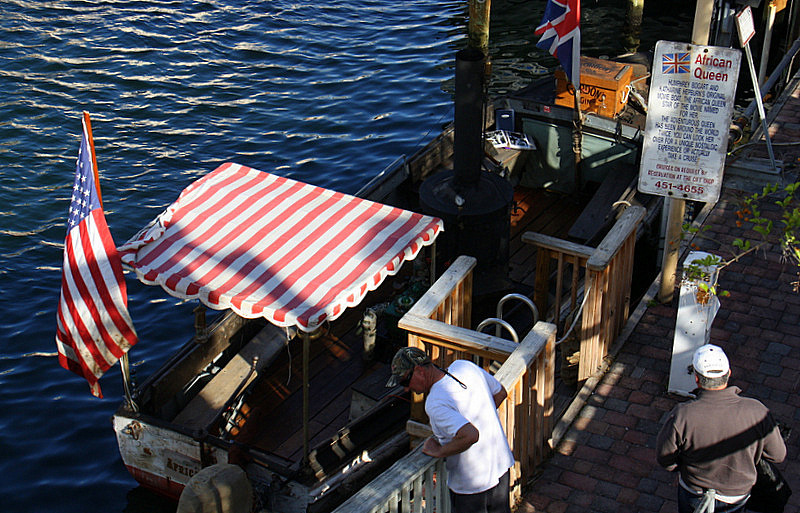 The “Queen” is presently docked at a destination also made famous by Bogart in the Florida Keys, Key Largo 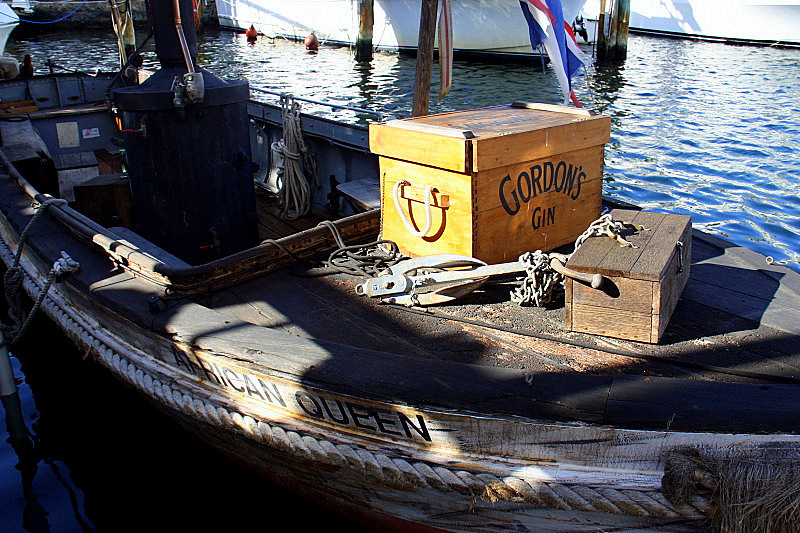 We happened upon the African Queen quite by accident. We were in the Keys doing research for articles about luxury resorts and “old Florida” accommodations. A list of those articles follows this story.

The Florida Keys are fun strips of coral sand islands connected by 42 bridges and the Overseas Highway, US 1. They stretch for about 120 miles south into the Atlantic Ocean below Miami, Florida.

The Keys are ripe with salty myths and legends, and stories of true adventures like the finding of millions of dollars in sunken treasure on the Atocha. There are also unusual stories like those about Ernest Hemingway’s house of many cats in Key West.

All the excitement in the Keys make them an apropos home for the iconic African Queen. 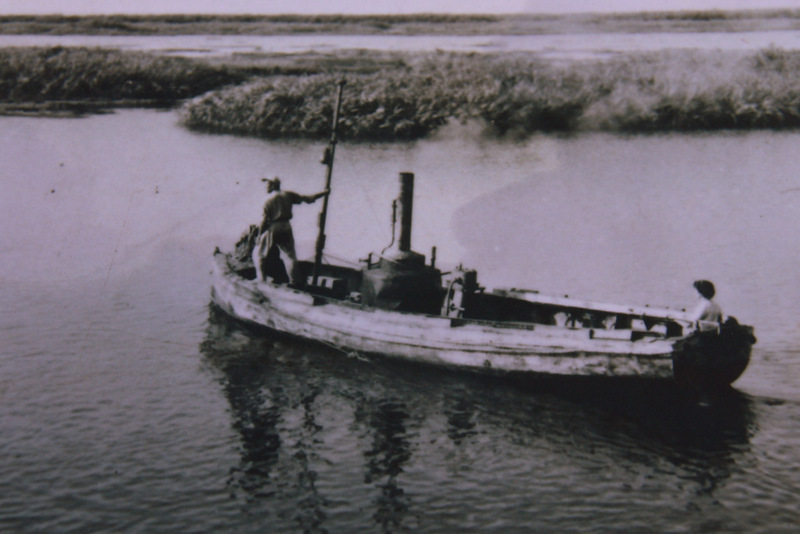 The Queen had an interesting past long before she came to the attention of John Houston who immediately wanted her for the movie he was directing in the Belgium Congo. She was perfect for the role of the African Queen – just beat up enough to look the part, and just seaworthy enough – to run long enough – to finish the movie.

The vessel was built in 1912 in Lytham, England, where she was named the Livingstone. Her first job was to carry cargo, hunters, and missionaries on Lake Albert and the Victoria Nile in east Africa.

Houston found her in 1951. She was sufficiently worn by then, and perfect for the material role of the African Queen in his epic adventure.

In 1968 the boat was moved from Africa to the United States by a San Francisco restaurateur. He planned to charter the famous boat to tourists.

The Queen changed hands again in 1970 when she was purchased for the price of her boatyard bill, and moved to Oregon where she was successfully chartered a few months out of the year. Finally, on to Florida for an attempt at year-round chartering – that failed.

In 1982 she was born again as a tourist attraction at the Holiday Inn in Key Largo. About that time, she also made her re-entry onto the global stage and toured around the world in ports such as Sydney, New York, and London.

The news of her re-emerging travel and popularity caught the eye of Kate Hepburn who was said to be “delighted” that the old Queen had been saved, yet again. 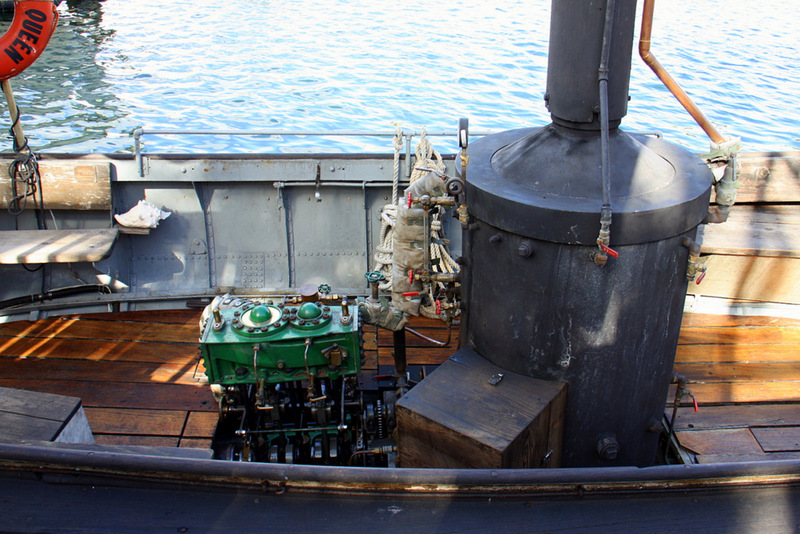 Finally, in 2012, on her centennial, the most recent revival of the African Queen was completed by a new operator Lance Holmquist. She needed a new boiler, her steel hull required fortification, and her engine needed rebuilding. The work was a labor of love for Lance, and the Queen now delights vintage boat and film buffs once again. 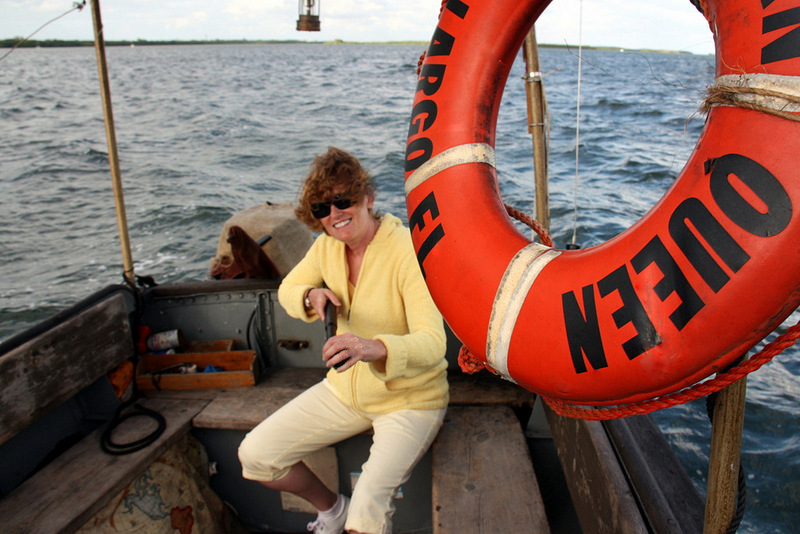 We took the helm like Bogart and Hepburn and chugged the little 30-foot boat through the canals of Key Largo and out into the open ocean. This was high-exhilaration for two old movie buffs. 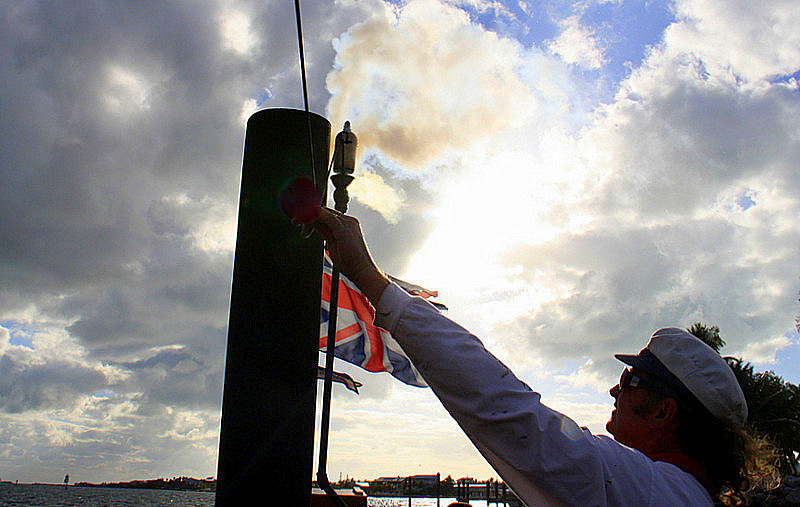 As we approached the Queen’s home-dock near the Holiday Inn, Lance gave us the final thrill when he let loose the Queen’s shrill steam whistle. There is no mistaking that sound heard so many times in many places over the last century. 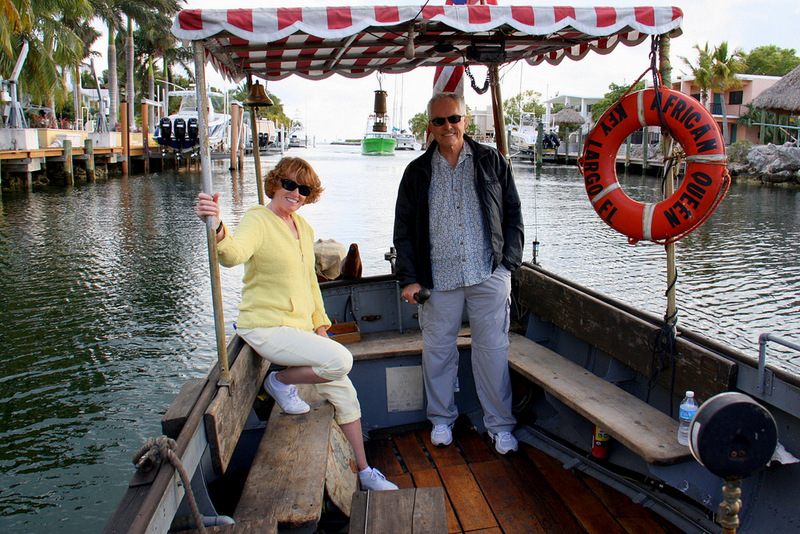 For more information about tickets for the daily cruises on the African Queen located at Mile Marker 100 in Key Largo, look at the website here. www.africanqueenflkeys.com

Note: The African Queen is a true relic, and she wouldn’t be “authentic” if she was spit-polished. So, don’t wear your Sunday best if you plan to board her.

You will also benefit by checking out the general visitor information about visiting the Florida Keys at www.fla-keys.com

The Keys are full of luxurious and unique places to stay. Here are three stories to read about some we have visited.