Ephesus was a Greek city founded approximately 3,000 years ago in Asia Minor in what is now western Turkey.  A visit to Ephesus gives the imaginative global traveler a sense of what life was like in the golden age of Greece and Rome.

The rise and fall of a great city

In the time of Christ, the now uninhabited city of Ephesus was a thriving seaport. It is now almost 6 miles inland from the Aegean Sea. Centuries of silting has completely closed off Ephesus from the coast.

However, back in the second century AD, Ephesus was the largest city in Roman Asia, and its population ranked fourth behind Rome, Alexandria, and Antioch. Its decline took a thousand years, and when the Crusaders entered Ephesus in 1300, the once great seaport was little more than a small mosquito infested village on a marshy plain. The city was totally abandoned about the time that Columbus made his voyage to America.

The deserting people of Ephesus left behind the largest collection of Roman ruins east of the Mediterranean. 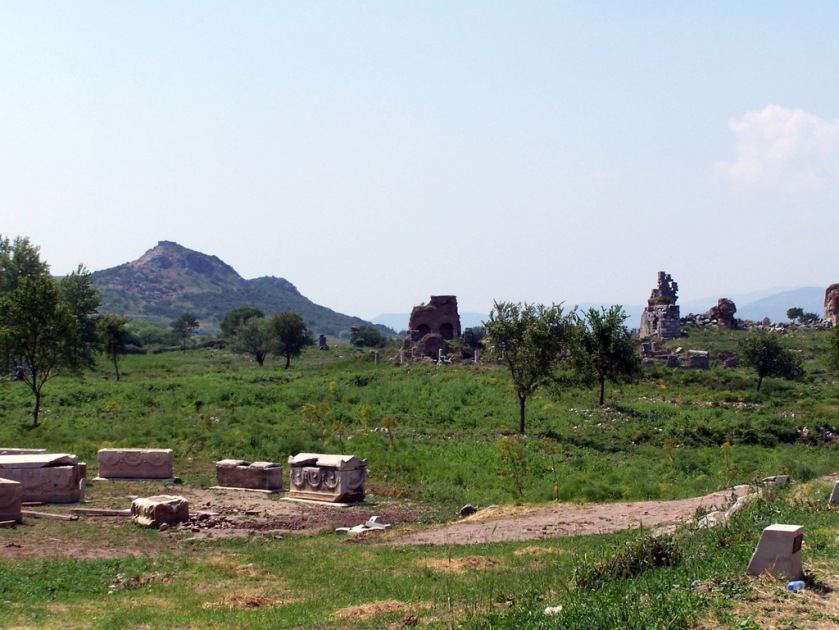 As one walks through the vast remains of vanished glory, it is hard to imagine that only about 15% of this enormous city has been excavated.

A leader in its time

Because Ephesus was an early citadel of women’s rights, the ancient city’s society was considered quite avant-garde for the region. Mark Anthony and Cleopatra made a trip to Ephesus in 33 BC. On the darker side, from 100 BC to 100 AD, Ephesus was the capital of a flourishing slave trade. 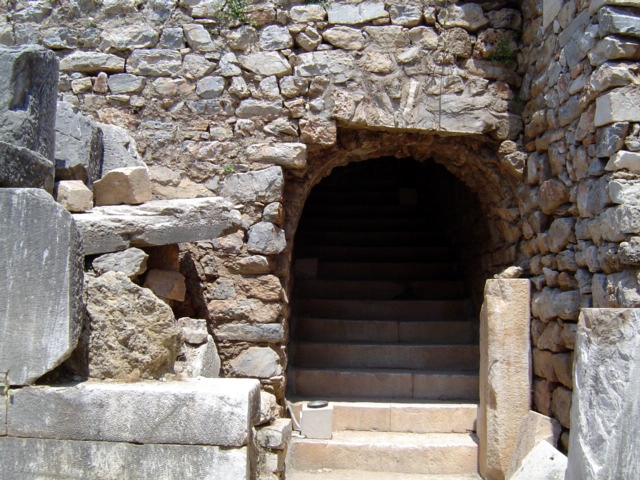 Legend also has it that the first commercial brothel was introduced to the public in Ephesus, as were public restrooms.

There were apparently few private moments in the public toilets of the day, as evidenced by the photo.

There are three especially significant ruins among the hundreds in Ephesus. The Library of Celsus, the Temple of Artemis, and the Grand Theater of Ephesus.

The Library of Celsus

A world recognized icon that was built by the son of the Roman governor of Asia to honor his father in 117 AD. The Library of Celsus is an excellent example of how the Greeks influenced Roman public architecture for the period. The library is thought to have housed more than 12,000 written scrolls. The interior and its contents were destroyed during a Gothic invasion in 262 AD. Only the exterior of the library survived.

The Temple of Artemis

One of the Seven Wonders of the Ancient World. History records that the Temple of Artemis was constructed over an earlier Bronze Age temple ruin in 550 BC. It took 125 years to build. After surviving for almost two centuries, it was destroyed in 356 BC – on the very day that Alexander the Great was born. It was rebuilt to even greater glory before being destroyed yet again in 262 AD by the Goths.

There are few visible remains of the once great temple, with little more than one lonely column to mark the site. However, standing near the excavation invites the mind to imagine the enormity and magnificence of the once great ancient structure.

The Grand Theater of Ephesus 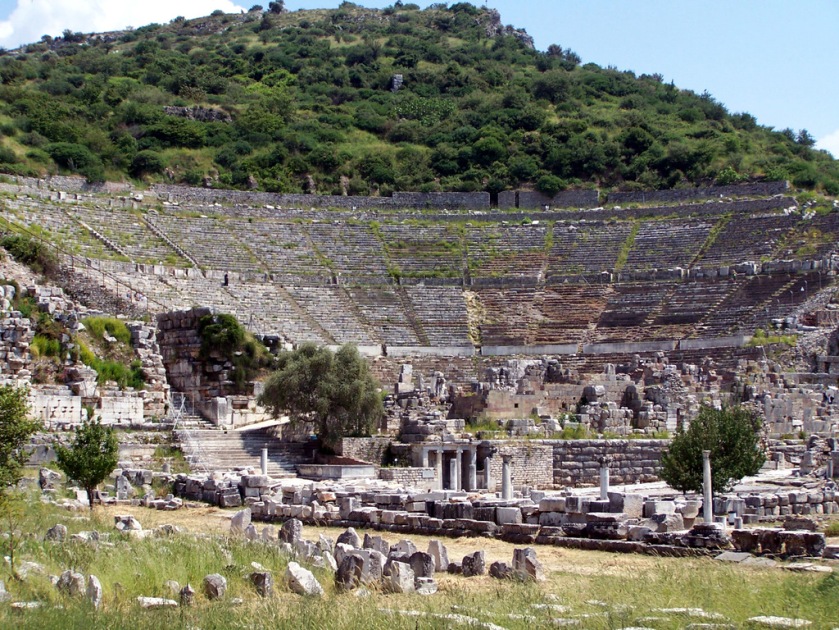 The Grand Theater seated 25,000 spectators and was the largest outdoor amphitheater of its kind in the ancient world. 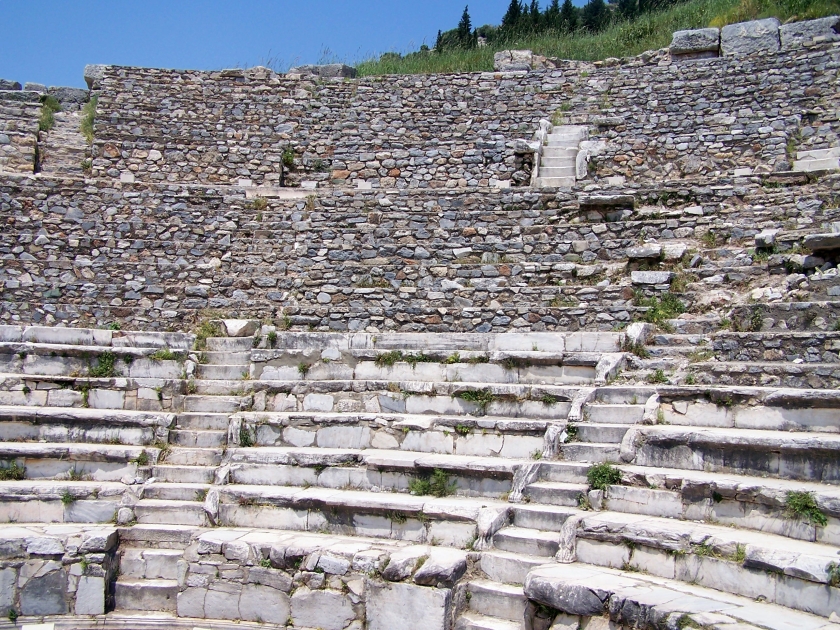 It was the site of popular Greek plays and games, as well as Gladiator exhibitions in the later Roman era.

Ephesus is a historian’s delight, a photographer’s joy, and an architect’s text book. All visitors are awed by the imagery and magnitude of what was once a grand city of shining marble and untold riches. Ephesus is definitely worth a place on the global traveler’s bucket list.

Tours of Ephesus leave from all major Turkish cities and ports, and comfortable accommodations are readily available throughout the region.

Ephesus is located approximately 13 miles from the Turkish port city of Kusadasi, which plays host to many cruise ships. The Adnan Menderes Airport, in Izmir is about 35 miles north of Ephesus. Everything at the Izmir airport is very expensive, so buy all your sundries before you arrive.