The Queen Mary has faced many challenges since her keel was laid in 1930. Now she is part of a new effort to beat an unprecedented enemy as she helps the world get back to business. Here’s a little more of her inspiring story:

The great ship Queen Mary has been part of Southern California’s treasures since the City of Long Beach acquired her in 1967. Long Beach then spent several million dollars to prepare her for the waiting public. Her grand California debut was on May 8, 1971.

The Queen Mary is a remarkable floating hotel, complete with 314 comfortable guestrooms and suites – all of which were first class cabins when the mighty Queen sailed the seven seas. 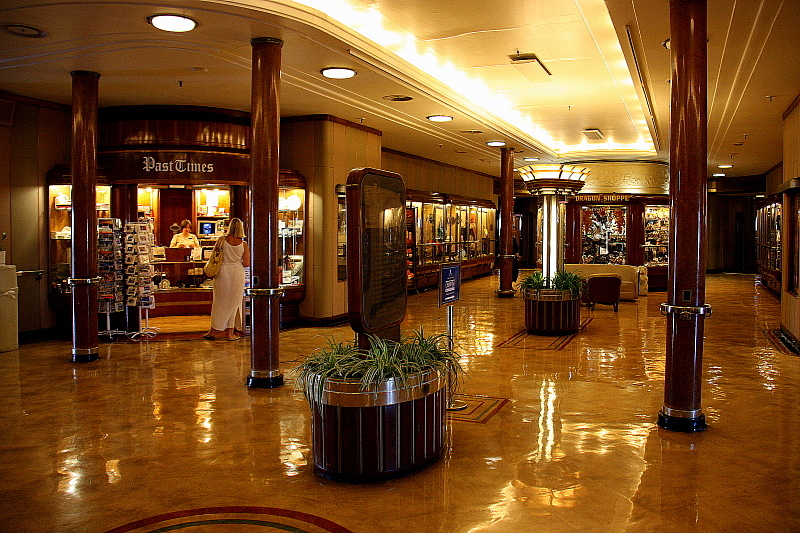 There are also fine restaurants on board, and a splendid gallery of shops and boutiques. Check with the hotel (1-562-435-3510) to determine if and when shops and services will be open during the Corona virus pandemic.

During her days on the North Atlantic, passengers enjoyed an indoor swimming pool.

Shipboard activities include several interesting tours and top-notch museum attractions. Unfortunately, all are temporarily suspended during the pandemic.

Opening the door to a Queen Mary guestroom is like taking an imaginary step back in time. Some of the original metal fans that cooled passengers before the advent of air-conditioning are still affixed to cabin bulkheads. The old salt-water bath fixtures are still present and decorate the seafaring bathrooms.

Each guestroom has updated curtains, beds, and linens to complement original portholes, light fixtures, and paneling. All cabin/guestrooms have been meticulously restored to earlier times.

Some of the interior cabin hardware and wooden furnishings confirm their age – and to nostalgia buffs – that adds to the ambiance. Every piece of furniture has a thousand stories hidden in its historic facing – if only it could talk.

Plan to return for the tours and museums 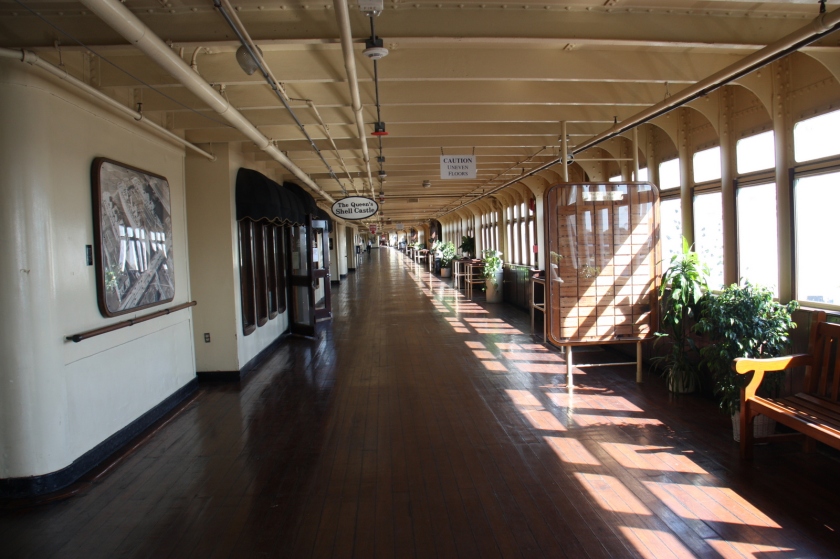 A walk around the ship is testament that the Queen Mary is the world’s largest art deco museum. Her chambers and passageways are lined with examples of 1930’s art and exotic woods – some no longer available on the world market. Best of all, she exudes the unmistakable aura of the historic times in which she lived — when the abundantly rich, and calamitously poor, worked together to forge a new world.

The Queen Mary at war

We were fortunate that the Winston Churchill Suite was available for our visit. Sir Winston made three crossings on the Queen during World War II. A reliable source confirmed that Mr. Churchill used his suite’s bathtub – partially filled with sand – as a scaled replica to help plan the D-Day landings with members of the Allied staff. To spend time in the very place where such epic discussions took place is a rare honor indeed.

We asked why Winston Churchill did not choose a war ship to cross the Atlantic in those troubled times. “The answer is quite simple. At the time, the Queen Mary was nicknamed the ‘Gray Ghost’ because she was painted completely gray and hard to see, and at 28.5 knots (32.8 mph), she was the fastest ship on the seas.

She was so fast, that she frequently sailed without an escort and out of convoy.”

In general, the Queen played a large part in the outcome of the Second World War. She carried nearly 800,000 troops to the European Theater, and so demoralized the German high command that Adolf Hitler put a price on her head. He would pay the equivalent of $250,000 and award the Iron Cross to the U-boat captain that could find and sink her. Miraculously, she made 72 wartime crossings without an enemy engagement.

After the war, it was business as usual

The Queen Mary was the favorite mode of transportation across the Atlantic for the famous, and the rich and powerful for 30 years. She had three levels of service, i.e., First, Second, and Third class. Each level of service had distinct amenities and separate gathering rooms. First-class passengers were accorded the most space and luxury. The largest room on the was the first-class grand salon, which was three decks high.

A little known story about a great celebrity

One of our favorite post-war stories aboard the Queen involved one lovable and flamboyant Wladziu Valentino Liberace. Liberace was already a famous entertainer in 1956. In that year, he was ticketed in first class and sailed during a difficult New York to Southampton crossing. All on board that particular voyage learned what his friends already knew – Liberace was a warm and generous human being.

The maestro, who was one of the highest paid entertainers in the world during the ’50s, offered to play a free engagement aboard the Queen. The beneficiaries of his kindness were to be the least affluent of his shipmates. He would entertain and play one night, but only for the third-class passengers.

The ship’s crew was ordered to move the grand piano from its prominent position in the first-class parlor to the relatively small and stuffy third-class sitting room. Lee, as he was known to his friends, pulled out all the stops. Everyone present said Liberace’s exalted performance was the highlight of his or her voyage on the Queen Mary. It is reported that all had a grand time – but no one as much as the gracious Liberace himself.

When you are ready to travel and are in Southern California, be sure to stay at this unique hotel. Who knows what famous person(s) may have slept in that very cabin. Also, there are reputed to be over 600 ghosts that haunt the famous ship. Perhaps one is awaiting your visit.

The opinions expressed in our articles are the journalists alone and have not been reviewed, endorsed, or approved by any entity.