After writing scores of articles about ocean cruises, we decided to see what motivates vacationers to take European river cruises. We are glad we did.

So much to choose from

There are endless selections of river cruise itineraries on the internet, so we sought the guidance of three prominent river cruise companies in Europe – Amway, Uniworld, and Viking.

Viking River Cruises was most generous with their public relations department and customer service time, so we selected their 11-day Budapest to Bucharest cruise on the Danube.

We boarded our Viking longship, the Jarl, in Budapest. We pulled away from the dock just after dark.

If you have seen the Viking commercials featured on shows like Downton Abbey on PBS, you know what the Hungarian Parliament Building looks like by day. The picture above, shows it at night – it is a spectacular sight!

Our chosen itinerary would take us to five eastern European countries including Hungary, Romania, Bulgaria, Serbia, and Croatia.

This is the first story from our first river cruise experience.

Romania is a country steeped in mystery and shadowed folklore. Brahms Stoker never visited the country, but he borrowed from the harsh legend of Romania’s 15th century Prince Vlad Tepes of Transylvania to create his eerie and unforgettable character, Dracula.

Another famous (in Romania) real-life character was King Decebal. He was the last king of Dacia, an ancient land located in present day Romania. He is the subject of the historical curiosity in this story.

Decebal was a strong and popular leader who dared defy Rome and Emperor Trajan’s conquering legions.

The thundering silence of Decebalus Rex

Decebal is immortalized in an enormous stone likeness of his solemn face gazing toward the far (now Serbia) shore of the Danube – the place where the Roman armies camped and prepared to attack – two thousand years ago.

After many years of struggle, the Romans finally crossed the Danube River and decimated the Dacian armies in circa 105 AD.

Surrounded by faceless generals of stone, Decebal’s ghostly visage stands alone to witness the final defeat that took his country, and eventually his life. He is fated to stare into the distance, and relive his humiliation, throughout time.

At 140 feet tall, the Decebalus Rex monument is the tallest rock structure in Europe. It is considerably taller than the more famous U.S. Mount Rushmore at 59 feet.

The stone monument appears ancient, but was actually just completed in 2004 after a difficult decade of site preparation and carving. The project was funded by a private Romanian citizen, Giuseppe Constantin Drăgan. 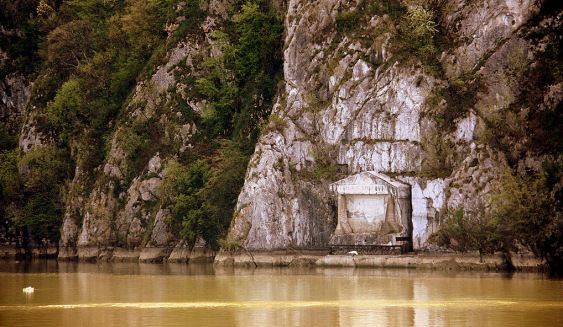 Just across the river on the Serbian side lies the Trajan Table. It is an ancient carved memorial at the Danube’s edge commissioned by the great Emperor Trajan to commemorate his victories over the Dacians in the first century.

Trajan considered the ending of the Dacian Wars to be one of his greatest triumphs; so important that Trajan had another monument constructed to commemorate the event – the famous Trajan’s Column in Rome. 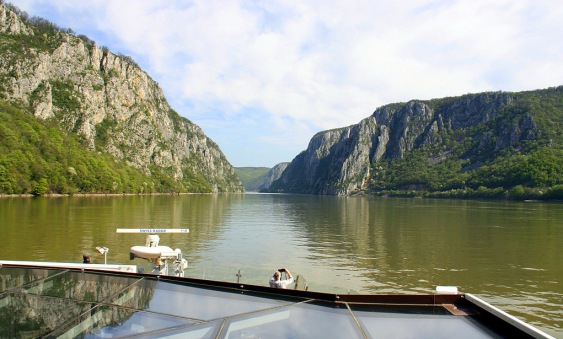 Our Viking river boat glides silently under the brooding face of Decebal and past the ancient Trajan Table, and on through the Kazan Gorge, one of the four narrow gorges that make up the legendary Iron Gate of the Danube. This is the most scenic part of a Danube river cruise.

Our next stop will be Bulgaria.

About our river cruise ship

The Jarl is one of the 60+ longships in the Viking river fleet. She’s a sleek 443 foot vessel with 95 comfortable water-view staterooms.

She has a crew of 50 and moves effortlessly and quietly through the water with a modern diesel/electric hybrid powerhouse. 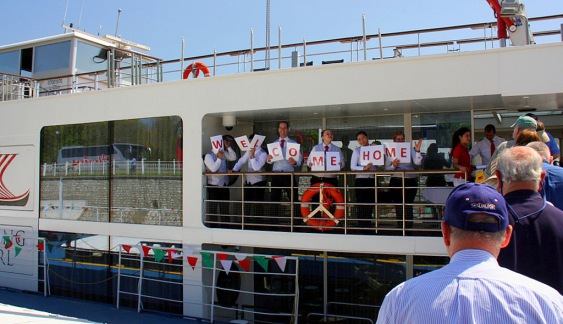 Most of the Jarl’s staff is multi-lingual, and all are well trained in the nuances of excellent customer service. 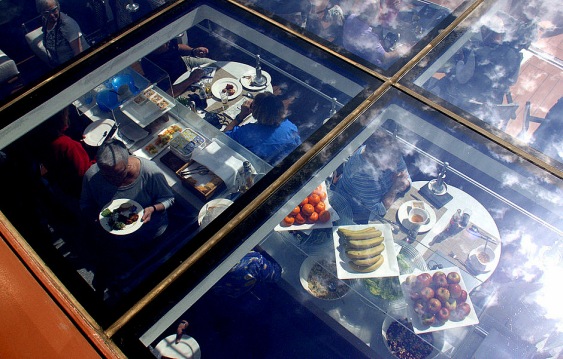 On our cruise, the food was good and ample. The chef featured cuisine from the countries we visited. If you have a palate for paprika, you will be delighted.

Aboard a river cruise ship, the Captain is responsible for the operation of the vessel and the safety of the passengers. Everything else is the responsibility of the Hotel Manager.

During our 11-day cruise, we changed our Captain once. Our Hotel Manager, the genial Franz Wusits, was with us the entire trip and kept the ship’s staff on their toes – everything ran smoothly. 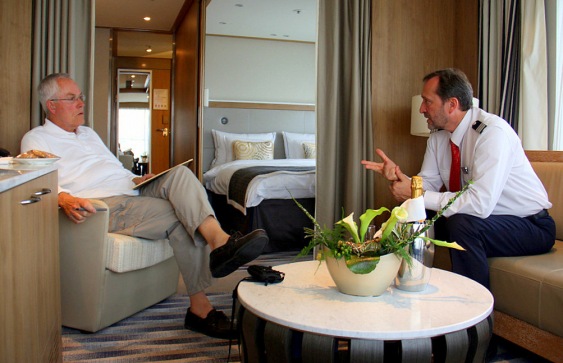 We interviewed Franz in our Explorer Suite located at the back of the ship.

The suites aboard the Jarl are large, and well appointed without being trendy. 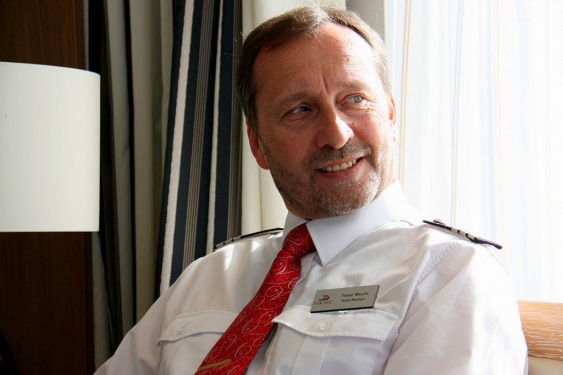 We will also write about several of our excellent bus excursions on the Danube trip, which by the way, are all included in the price of the cruise. A nice bonus to river cruising.

Viking River Cruises has an itinerary to please every taste. Check out their website at www.vikingrivercruises.com.

Viking made the arrangements for our flights to Budapest and back to the US from Bucharest. We appreciate the effort.

This will not be our last river cruise, and we highly recommend the experience.

As always, if you have questions, write us at the2writers@gmail.com

© 2017 Travels with Wayne and Judy Bayliff